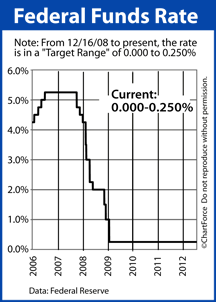 Mortgage markets were mostly unchanged last week for the second straight week. Spain made few moves to allay concerns from its investors, the Federal Reserve did little to change its message on the U.S. economy, and newly-released economic data was in-line with expectations.

According to Freddie Mac’s weekly mortgage rate survey, last week’s mortgage rates, as averaged from more than 125 banks nationwide, were as follows :

A discount point is a one-time closing cost and is equal to one percent of your overall loan size. This means that a mortgage applicant with a $100,000 mortgage and an accompanying 0.7 discount points would be responsible for paying an upfront charge of $700 at the time of closing.

This week, it’s unclear whether Rochester mortgage rates will rise or fall.

There are few economic data points due for release so mortgage markets are expected to take their cues from Europe where there’s no shortage of story lines.

Each storyline generates uncertainty about the future of Europe and its unified economy. As the uncertainty grows, global investors seek safety in the U.S. mrotgage bond market, a move that helps mortgage rate shoppers. When demand for mortgage bonds is high, mortgage rates tend to improve.

If the jobs report is weak, mortgage rates should fall.